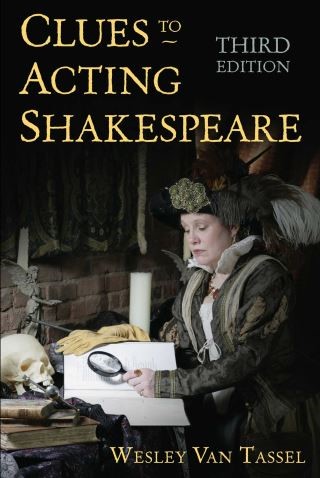 “A workhorse of a book! Beautifully conceived and executed. Clues to Acting Shakespeare is a no-brainer purchase for acting collections in all libraries.” —Library Journal
Clues to Acting Shakespeare has become a popular guide for actors, directors, teachers and Shakespeare enthusiasts, selling over 15,000 copies of previous editions. This third edition retains the second edition’s unique solutions to challenges that face directors and actors at advanced levels and is expanded to include an entirely new section for amateur and community theatre groups. In this new edition, readers will be delighted to find:

To aid professionals, Clues to Acting Shakespeare offers a one-day brush-up for auditions and preparation to play Shakespeare immediately. Text analysis, character studies, and both classical British training and American methods are explored. The exercises and recorded workshops provide inspiring advice to all actors and demonstrate concepts discussed throughout the book. The critical skills required for acting Shakespeare, including scansion, phrasing, caesura, breathing, speech structure, antithesis, and more are covered in detail. The comprehensive exercises using the Bard’s plays and sonnets teach actors to break down the verse, support the words, understand the imagery, and use the text to create vibrant performances.

Wesley Van Tassel: Wesley Van Tassel is an acclaimed director, with more than 100 productions staged, and a skilled acting teacher, having trained more than 300 professional and student actors in Shakespeare. He is now professor emeritus but teaches occasional Shakespeare acting workshops. He has served as Artistic Director of three professional theatres and four college/university theatre programs. He has published peer-reviewed articles in World Theatre and The Educational Theatre Journal and received high praise for his book, Clues to Acting Shakespeare which helped him to earn the prestigious Scholar of the Year Award at Central Washington University. Earlier, he was awarded the Teacher of the Year Award at Tarkio College. Wesley Van Tassel and his wife, actress Dude Hatten, live near their two grandchildren in Casper, Wyoming.