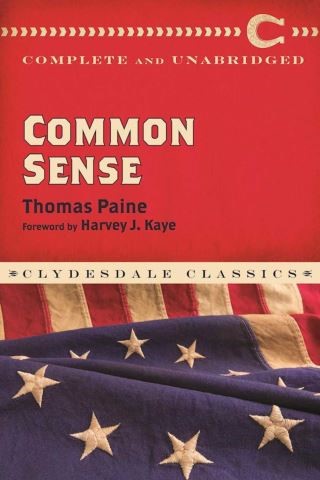 Packaged in handsome, affordable trade editions, Clydesdale Classics is a new series of essential works. From the musings of famed scholars such as Plato in Republic to the striking personal narrative of Harriet Jacobs in Incidents in the Life of a Slave Girl, this new series is a comprehensive collection of our intellectual history through the words of the exceptional few.

Common Sense is a compelling work written by famed philosopher and political thinker Thomas Paine to champion the United States’ independence from Great Britain. It is often dubbed the bestselling American title of all time, proportionately, although no sales numbers were recorded to support this claim. The pamphlet addresses the issues with monarchy and tyranny in England, as well as the problems with the English Constitution. Additionally, Paine comments on the capabilities of America as an independent nation, as well as its contemporary state of affairs.

With its sensible and beautiful prose, as well as the inclusion of a brand-new foreword by historian Harvey J. Kaye, this edition of Paine’s Common Sense is sure to spark passion and pride in American readers just as it did 240 years ago.