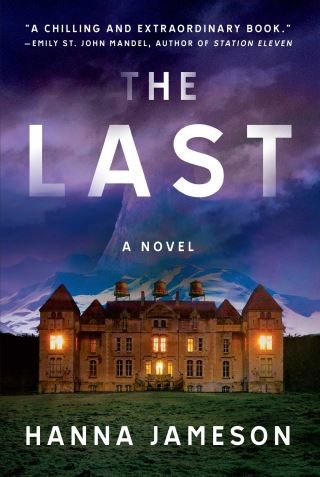 This propulsive post-apocalyptic thriller “in which Agatha Christie’s And Then There Were None collides with Stephen King’s The Shining” (NPR) follows a group of survivors stranded at a hotel as the world descends into nuclear war and the body of a young girl is discovered in one of the hotel’s water tanks.

Jon thought he had all the time in the world to respond to his wife’s text message: I miss you so much. I feel bad about how we left it. Love you. But as he’s waiting in the lobby of the L’Hotel Sixieme in Switzerland after an academic conference, still mulling over how to respond to his wife, he receives a string of horrifying push notifications. Washington, DC, has been hit with a nuclear bomb, then New York, then London, and finally Berlin. That’s all he knows before news outlets and social media goes black—and before the clouds on the horizon turn orange.

Two months later, there are twenty survivors holed up at the hotel, a place already tainted by its strange history of suicides and murders. Jon and the rest try to maintain some semblance of civilization. But when he goes up to the roof to investigate the hotel’s worsening water quality, he is shocked to discover the body of a young girl floating in one of the tanks, and is faced with the terrifying possibility that there might be a killer among the group.

As supplies dwindle and tensions rise, Jon becomes obsessed with discovering the truth behind the girl’s death. In this “brilliantly executed...chilling and extraordinary” post-apocalyptic mystery, “the questions Jameson poses—who will be with you at the end of the world, and what kind of person will you be?—are as haunting as the plot itself.” (Emily St. John Mandel, nationally bestselling author of Station Eleven).

Hanna Jameson: Hanna Jameson is the author of the London Underground mystery series the first of which, Something You Are, was nominated for a CWA Dagger Award. She lives in London.