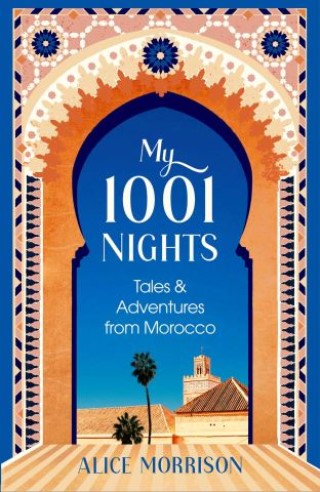 Tales and Adventures from Morocco

TV presenter, writer and adventurer Alice Morrison gives her own unique and personal insight into Morocco, her home for 1001 nights.

When Alice Morrison headed out to Morocco, it was to take on one of the most daunting challenges: to run in the famous Marathon des Sables. Little did she expect to end up living there. But as soon as she settled in a flat in Marrakech, she was won over by the people, the spectacular scenery and the ancient alleyways of the souk. Soon she was hiking over the Atlas mountains, joining nomads to sample their timeless way of life as they crossed the Sahara desert, and finding peace in a tranquil oasis.

Despite more than 10 million tourists coming to Morocco each year, there is remarkably little that has been written about its people, their customs and the extraordinary range of places to visit, from bustling markets to vast, empty deserts. Alice makes sure she samples it all, and as she does she provides a stunning portrait of a beautiful country. As a lone woman, she often attracts plenty of curiosity, but her willingness to participate - whether thigh deep in pigeon droppings in a tannery or helping out herding goats - ensures that she is welcomed everywhere by a people who are among the most hospitable on the planet.

Alice came to fame with her BBC2 series Morocco to Timbuktu, and now she joins the ranks of great travel writers who can bring a country vividly to life and instantly transport the reader to a sunnier place. If you're thinking of going to Morocco, or you want to recall your time there, My 1001 Nights is the ideal book.

Alice Morrison:
Alice Morrison was born in Edinburgh, but grew up in Africa before studying Arabic and Turkish at Edinburgh University. After a career in journalism, working for the BBC and as CEO of Vision + Media, Alice then cycled from Cairo to Cape Town and entered the Marathon Des Sables. She moved to Morocco in 2014 and presented her first TV series, From Morocco to Timbuktu, on BBC2 in May 2017.