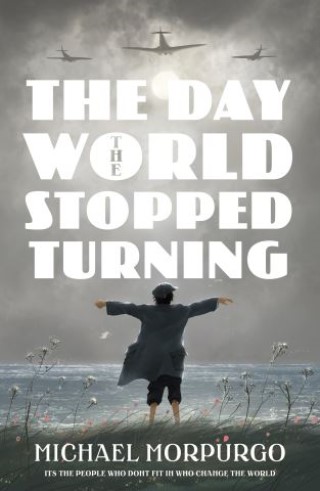 The Day the World Stopped Turning

Michael Morpurgo's The Day the World Stopped Turning is a middle-grade novel about an extraordinary boy who sees the world differently.

In the unique landscape of the Camargue (France) during World War II, Lorenzo lives among the salt flats and the flamingos. There are lots of things he doesn't understand–but he does know how to heal animals, how to talk to them; the flamingos especially. He loves routine, and music too: and every week he goes to market with his mother. It’s there he meets Kezia, a Roma girl, who helps her parents run their carousel–and who shows him how to ride the wooden horse as the music plays.

But then the German soldiers come, with their guns. Everything is threatened, everything is falling apart: the carousel, Kezia and her family, even Lorenzo’s beloved flamingos. Yet there are kind people even among soldiers, and there is always hope. . .

Michael Morpurgo: Sir Michael Morpurgo is one of Britain’s greatest living authors for children. His work spans 40 years and a career that has seen the publication of over 150 books for children, including Private Peaceful, War Horse and Listen to the Moon, with global sales of over 35 million copies. Morpurgo is a true champion of children and young people’s culture, creativity and their right to read and enjoy stories, and is currently President of Booktrust (UK). He was Britain's children’s laureate from 2003 to 2005. He was awarded a knighthood for services to literature and charity in 2018. He lives in the UK with his family.