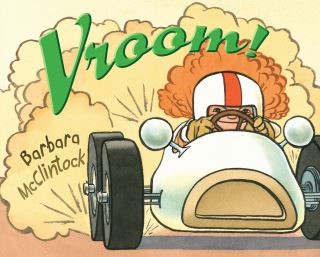 Join a little girl as she zooms—
past fields and forests,
up mountains,
over rivers,
through deserts,
home again,
and into bed in this playful picture book about the power of imagination, from award-winning author and artist Barbara McClintock.

Barbara McClintock: Barbara McClintock has written and/or illustrated many acclaimed books for young readers, among them The Five Forms as well as Adèle & Simon, an ALA Notable Book and New York Times Book Review Best Illustrated Book of the Year, and Lost and Found: Adèle and Simon in China. She lives in Windham, Connecticut.