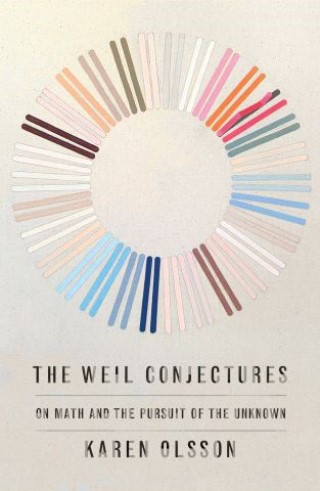 On Math and the Pursuit of the Unknown

"I was riveted. Olsson is evocative on curiosity as an appetite of the mind, on the pleasure of glutting oneself on knowledge." --Parul Sehgal, The New York Times

An eloquent blend of memoir and biography exploring the Weil siblings, math, and creative inspiration

Karen Olsson’s stirring and unusual third book, The Weil Conjectures, tells the story of the brilliant Weil siblings—Simone, a philosopher, mystic, and social activist, and André, an influential mathematician—while also recalling the years Olsson spent studying math. As she delves into the lives of these two singular French thinkers, she grapples with their intellectual obsessions and rekindles one of her own. For Olsson, as a math major in college and a writer now, it’s the odd detours that lead to discovery, to moments of insight. Thus The Weil Conjectures—an elegant blend of biography and memoir and a meditation on the creative life.

Personal, revealing, and approachable, The Weil Conjectures eloquently explores math as it relates to intellectual history, and shows how sometimes the most inexplicable pursuits turn out to be the most rewarding.

Karen Olsson: Karen Olsson is the author of the novels Waterloo and All the Houses. She has written for The New York Times Magazine, Slate, Bookforum, and Texas Monthly, among other publications, and she is also a former editor of the Texas Observer. She graduated from Harvard University with a degree in mathematics and lives in Austin, Texas, with her family.