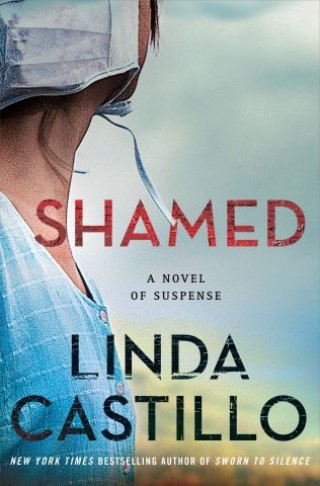 A Novel of Suspense

The peaceful town of Painters Mill is shattered when an Amish grandmother is brutally murdered on an abandoned farm. When Chief of Police Kate Burkholder arrives on the scene, she learns that the woman’s seven-year-old granddaughter is gone, abducted in plain sight. Kate knows time is against her—the longer the girl is missing, the less likely her safe return becomes. The girl’s family is a pillar of the Amish community, well-respected by all. But Kate soon realizes they’re keeping secrets—and the sins of their past may be coming back to haunt them. What are they hiding and why?

Kate’s investigation brings her to an isolated Old Order Amish settlement along the river, a community where family is everything and tradition is upheld with an iron fist. But the killer is close behind, drawing more victims into a twisted game of revenge. Left behind at each new crime scene are cryptic notes that lead Kate to a haunting and tragic secret. What she uncovers threatens to change everything she thought she knew about the family she’s fighting for, the Amish community as a whole—and her own beliefs.

As time to find the missing girl runs out, Kate faces a harrowing choice that will test her convictions and leave one family forever changed.

Linda Castillo: LINDA CASTILLO is the New York Times bestselling author of the Kate Burkholder novels, including Sworn to Silence, which was recently adapted into a Lifetime Original Movie titled An Amish Murder. She is the recipient of numerous industry awards including a nomination by the International Thriller Writers for Best Hardcover, the Daphne du Maurier Award of Excellence, and a nomination for the RITA. In addition to writing, Castillo’s other passion is horses. She lives in Texas with her husband.