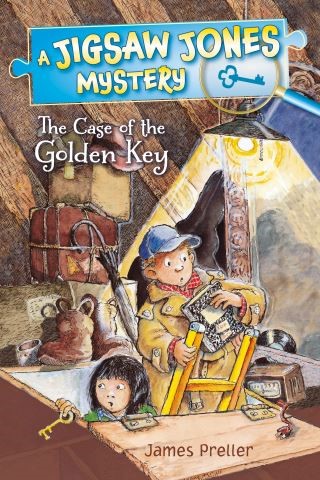 Jigsaw Jones: The Case of the Golden Key

When a new kid moves into town, he brings with him a mystery as big as his house! Reggie Armitage the III has found a box with a list of codes and a golden skeleton key—but he has no idea what the key opens or how to crack the code. It's a good thing 2nd-grade sleuths, Jigsaw Jones and Mila Yeh, are investigating The Case of the Golden Key.