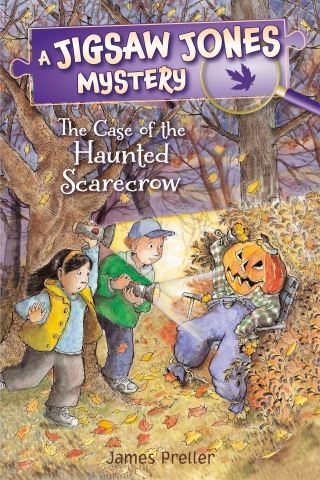 Jigsaw Jones: The Case of the Haunted Scarecrow

Jigsaw Jones and Mila Yeh have solved many cases involving stolen or missing items. But when the search for Kim's necklace turns up more than they bargained for, Jigsaw can't trust his eyes. Did the scarecrow on Ms. Rigby's lawn just . . . move? Find out more in The Case of the Haunted Scarecrow.