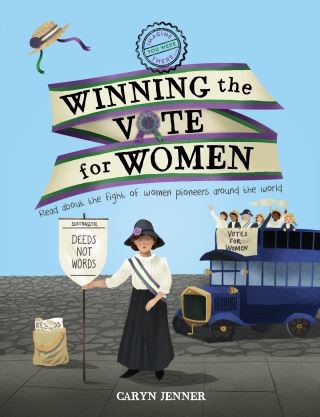 Imagine You Were There... Winning the Vote for Women

The Imagine You Were There... series celebrates events that changed the world and the people who made them happen. 2019 sees the 100th anniversary of the passing of the 19th Amendment giving women the vote in the United States.

Winning the Vote for Women celebrates this milestone by helping readers imagine what it was like to actually be there. Blended with stunning photographs and lively artwork, the book includes step-by-step details of events leading up to passing of the historic Amendment, how women had campaigned (and won) in other countries including Britain, eyewitness accounts of the suffragettes and their harsh treatment by the authorities, and features on the women and men who helped change history.