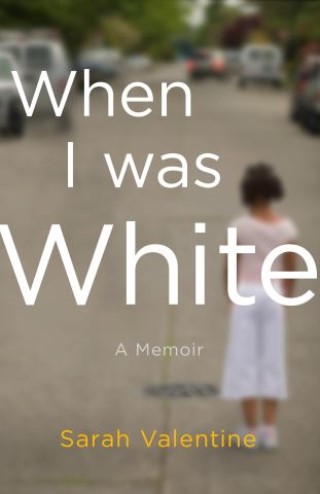 When I Was White

The stunning and provocative coming-of-age memoir about Sarah Valentine's childhood as a white girl in the suburbs of Pittsburgh, and her discovery that her father was a black man.

At the age of 27, Sarah Valentine discovered that she was not, in fact, the white girl she had always believed herself to be. She learned the truth of her paternity: that her father was a black man. And she learned the truth about her own identity: mixed race.

And so Sarah began the difficult and absorbing journey of changing her identity from white to black. In this memoir, Sarah details the story of the discovery of her identity, how she overcame depression to come to terms with this identity, and, perhaps most importantly, asks: why? Her entire family and community had conspired to maintain her white identity. The supreme discomfort her white family and community felt about addressing issues of race–her race–is a microcosm of race relationships in America.

A black woman who lived her formative years identifying as white, Sarah's story is a kind of Rachel Dolezal in reverse, though her "passing" was less intentional than conspiracy. This memoir is an examination of the cost of being black in America, and how one woman threw off the racial identity she'd grown up with, in order to embrace a new one.

Sarah Valentine: SARAH VALENTINE, Ph.D., is a widely published author and translator whose interests include Russian literature, poetry, mixed-race experience, mystery, horror, true crime, folklore, and ghost stories. In 2013 she was a Lannan fellow and has taught literature and creative writing at Princeton, UCLA, UC-Riverside, and Northwestern University. When I Was White is her memoir about growing up in Pittsburgh as a mixed race African American in a white family; she explores the process of unearthing family secrets, breaking deep-rooted taboos, and how to construct an identity that is made of contradictions. She currently lives in Northern Nevada, where she enjoys great cheeseburgers, funny cat videos, and staying home.