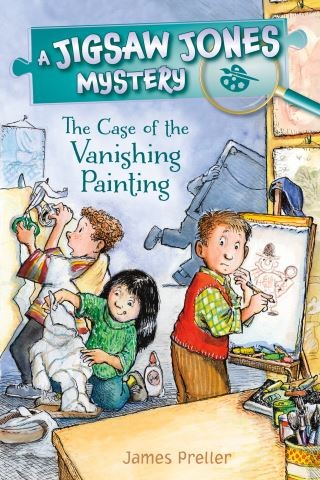 Jigsaw Jones: The Case of the Vanishing Painting

It's the biggest—okay the most stressful—night of the year . . . Parents' Night! And Geetha Nair's painting has just gone missing. The stakes are high, but Jigsaw Jones and Mila Yeh have never encountered a mystery they couldn't solve. Can they track down their friend's art in time for the most important show of the year in The Case of the Vanishing Painting?