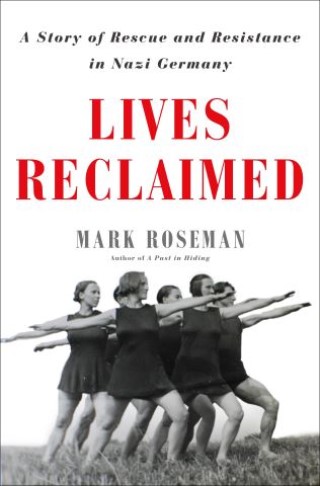 A Story of Rescue and Resistance in Nazi Germany

From the celebrated historian of Nazi Germany, the story of a remarkable but completely unsung group that risked everything to help the most vulnerable

In the early 1920s amidst the upheaval of Weimar Germany, a small group of peaceable idealists began to meet, practicing a quiet, communal life focused on self-improvement. For the most part, they had come to know each other while attending adult education classes in the city of Essen. But “the Bund,” as they called their group, had lofty aspirations—under the direction of their leader Artur Jacobs, its members hoped to forge an ideal community that would serve as a model for society at large. But with the ascent of the Nazis, the Bund was forced to reevaluate its mission, focusing instead on offering assistance to the persecuted, despite the great risk. Their activities ranged from visiting devastated Jewish families after Kristallnacht, to sending illicit letters and parcels of food and clothes to deportees in concentration camps, to sheltering political dissidents and Jews on the run.

What became of this group? And how should its deeds—often small, seemingly insignificant acts of kindness and assistance—be evaluated in the broader history of life under the Nazis? Drawing on a striking set of previously unpublished letters, diaries, Gestapo reports, other documents, and his own interviews with survivors, historian Mark Roseman shows how and why the Bund undertook its dangerous work. It is an extraordinary story in its own right, but Roseman takes us deeper, encouraging us to rethink the concepts of resistance and rescue under the Nazis, ideas too often hijacked by popular notions of individual heroism or political idealism. Above all, the Bund’s story is one that sheds new light on what it meant to offer a helping hand in this dark time.

Mark Roseman: Mark Roseman is the author of A Past in Hiding and The Wannsee Conference and the Final Solution. He is the recipient of a number of prestigious prizes, including the Mark Lynton History Prize, the Fraenkel Prize in contemporary history, and one of Germany’s foremost literary prizes, the Geschwister Scholl Prize. He teaches at Indiana University, where he is a distinguished professor and director of the Jewish Studies program.