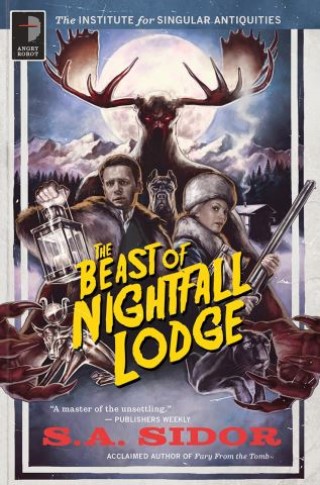 The Beast of Nightfall Lodge

A mysterious explorer hires a team of adventurers to join him in a hunt for a monstrous beast, in this rip-roaring sequel to Fury From the Tomb.

When Egyptologist Rom Hardy receives a strange letter from his old friend, the bounty-hunting sniper Rex McTroy, he finds himself drawn into a chilling mystery. In the mountains of New Mexico, a bloodthirsty creature is on the loose, leaving a trail of bodies in its wake. Now, a wealthy big game hunter has offered a staggering reward for its capture, and Rom’s patron – the headstrong and brilliant Evangeline Waterston – has signed the team up for the challenge. Awaiting them are blizzards, cold-blooded trappers, remorseless hunters, a mad doctor, wild animals and a monster so fearsome and terrifying, it must be a legend come to life.

SA Sidor: SA Sidor writes supernatural historical adventures. He lives near Chicago with his family. He is also the author of four acclaimed dark crime thrillers.