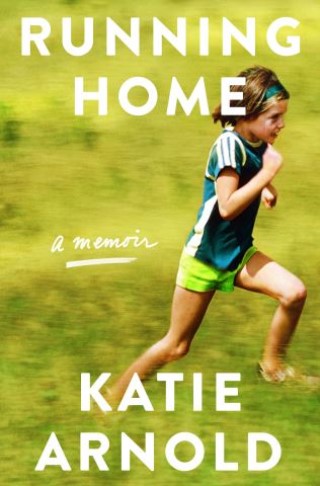 In the tradition of Wild and H Is for Hawk, an Outside magazine writer tells her story—of fathers and daughters, grief and renewal, adventure and obsession, and the power of running to change your life.

I’m running to forget, and to remember.

For more than a decade, Katie Arnold chased adventure around the world, reporting on extreme athletes who performed outlandish feats—walking high lines a thousand feet off the ground without a harness, or running one hundred miles through the night. She wrote her stories by living them, until eventually life on the thin edge of risk began to seem normal. After she married, Katie and her husband vowed to raise their daughters to be adventurous, too, in the mountains and canyons of New Mexico. But when her father died of cancer, she was forced to confront her own mortality.

His death was cataclysmic, unleashing a perfect storm of grief and anxiety. She and her father, an enigmatic photographer for National Geographic, had always been kindred spirits. He introduced her to the outdoors and took her camping and on bicycle trips and down rivers, and taught her to find solace and courage in the natural world. And it was he who encouraged her to run her first race when she was seven years old.

Now nearly paralyzed by fear and terrified she was dying, too, she turned to the thing that had always made her feel most alive: running. Over the course of three tumultuous years, she ran alone through the wilderness, logging longer and longer distances, first a 50-kilometer ultramarathon, then 50 miles, then 100 kilometers. She ran to heal her grief, to outpace her worry that she wouldn’t live to raise her own daughters. She ran to find strength in her weakness. She ran to remember and to forget. She ran to live.

Ultrarunning tests the limits of human endurance over seemingly inhuman distances, and as she clocked miles across mesas and mountains, Katie learned to tolerate pain and discomfort, and face her fears of uncertainty, vulnerability, and even death itself. As she ran, she found herself peeling back the layers of her relationship with her father, discovering that much of what she thought she knew about him, and her own past, was wrong.

Running Home is a memoir about the stories we tell ourselves to make sense of our world—the stories that hold us back, and the ones that set us free. Mesmerizing, transcendent, and deeply exhilarating, it is a book for anyone who has been knocked over by life, or feels the pull of something bigger and wilder within themselves.

“A beautiful work of searching remembrance and searing honesty . . . Katie Arnold is as gifted on the page as she is on the trail. Running Home will soon join such classics as Born to Run and Ultramarathon Man as quintessential reading of the genre.”—Hampton Sides, author of On Desperate Ground and Ghost Soldiers

Katie Arnold: Katie Arnold is a contributing editor at Outside Magazine, where she worked on staff for twelve years. Her “Raising Rippers” column about bringing up adventurous, outdoor children appears monthly on Outside Online. She has written for The New York Times, Travel + Leisure, Sunset, Runner’s World, ESPN: The Magazine, Elle, and many others, and her narrative nonfiction has been recognized by Best American Sportswriting. Arnold is the Leadville Trail 100 Run women’s champion. She lives in Santa Fe, New Mexico, with her husband and two daughters.