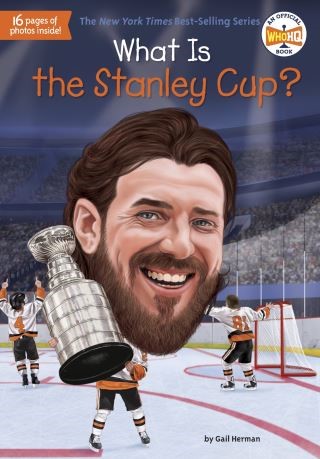 What Is the Stanley Cup?

Ice hockey fans will pull on their skates and gear up for this Who HQ title about the Stanley Cup Finals--the National Hockey League's championship games.

Out of the thirty-two pro hockey teams that compete, only one can call itself the champion and proudly hoist up the Stanley Cup--the oldest sports trophy in the world! From the formation of the leagues and the crowning of the first championship-winning team, to the Rangers' Stanley Cup curse and the uncertain fate of the teams during the Spanish flu epidemic, this book recounts the highs and lows of this exciting ice hockey series.

Gail Herman: Gail Herman has written several biographies and nonfiction books, including Who Is Wayne Gretzky? and What Is the World Series?