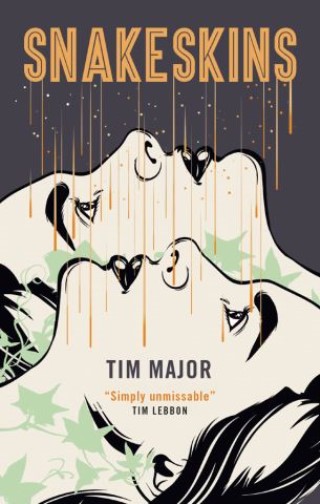 A timely science-fiction thriller examining the repercussions of rejuvenation and cloning on individuals' sense of identity and on wider society.

Caitlin Hext's first shedding ceremony is imminent, but she's far from prepared to produce a Snakeskin clone. When her Skin fails to turn to dust as expected, she must decide whether she wishes the newcomer alive or dead.

Worse still, it transpires that the Hext family may be of central importance to the survival of Charmers, a group of people with the inexplicable power to produce duplicates every seven years and, in the process, rejuvenate. In parallel with reporter Gerry Chafik and government aide Russell Handler, Caitlin must prevent the Great British Prosperity Party from establishing a corrupt new world order.

Snakeskins is an SF thriller examining the repercussions of rejuvenation and cloning on individuals' sense of identity and on wider society, with the tone of classic John Wyndham stories and the multi-strand storytelling style of modern TV series such as Channel 4's Humans.

Tim Major: Tim Major is the author of You Don't Belong Here, Blighters and Carus & Mitch, the YA novel Machineries of Mercy, the short story collection And the House Lights Dim, and a non-fiction book about the silent crime film, Les Vampires. Tim's short stories have appeared in Interzone, Not One of Us and numerous anthologies, including Best of British SF 2017 and Best Horror of the Year 10, edited by Ellen Datlow. He is also co-editor of the British Fantasy Society's fiction journal, BFS Horizons. Find out more at www.cosycatastrophes.wordpress.com