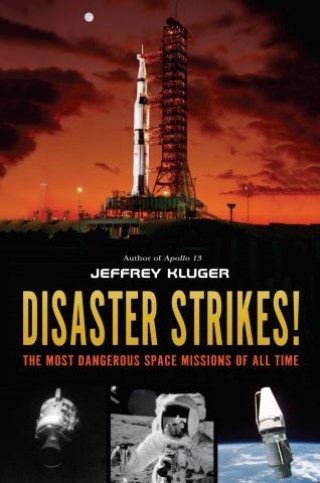 The Most Dangerous Space Missions of All Time

Twelve thrilling and terrifying space-mission failures, told by the bestselling author of Apollo 13!

There are so many amazing, daring, and exciting missions to outer space that have succeeded. But for every success, there are mistakes, surprises, and flat-out failures that happen along the way. In this collection, bestselling author and award-winning journalist Jeffrey Kluger recounts twelve such disasters, telling the stories of the astronauts and the cosmonauts, the trials and the errors, the missions and the misses.

With stories of missions run by both Americans and Russians during the height of the space race, complete with photos of the people and machines behind them, this book delves into the mishaps and the tragedies, small and large, that led humankind to the moon and beyond.

* "The [is] text versatile, efficiently functioning as a collection of short reads or a balanced, book-length narrative . . . Always fascinating, at times unsettling, and highly recommended for elementary and middle school collections." --SLJ, starred review

"Each compelling episode is crafted as a self-standing adventure, with an opening hook and a satisfying close, making this an excellent source for readalouds for middle-school classes as well as a pleasure for independent readers." --BCCB

"Kluger manages to combine suspenseful storytelling with scientific writing, showcasing the successes of the programs alongside the failures that ended in death or near misses for astronauts. Even students who claim that they don’t like to read will find these 'you-are-there' moments totally engaging." --SLC

Jeffrey Kluger: Jeffrey Kluger is a senior editor and writer at Time. Coauthor of the bestseller Lost Moon: The Perilous Voyage of Apollo 13, which is the basis for the movie Apollo 13, he is also the author of Moon Hunters: NASA's Remarkable Expeditions to the Ends of the Solar System. Kluger lives in New York City with his wife and daughters.