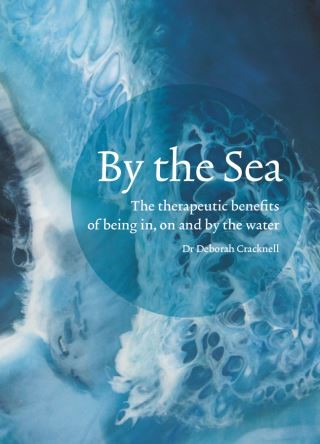 The therapeutic benefits of being in, on and by the water

In this stunning book, intuition and instinct meet modern science as the therapeutic benefits of being in, on or by the sea are explained and explored, and how, if we look after the oceans they will, in turn, look after us.

There is something about the vastness of the oceans, which are significantly larger than the continents combined, that has drawn humans in a significant way since the beginning of coastal communities. Throughout history, people have gravitated to live near the sea, it is part of the survival instinct. Water also has huge cultural and spiritual significance for people through the ages and for centuries we looked to the sand and surf as a fully-stocked medicine cabinet.

Despite the widespread intuitive feeling that being by the water makes us happier and healthier, there hasn't been much scientific evidence to quantify this connection. Until now. Environmental psychology is the study of how the natural environment makes us feel, think and behave, and scientists in this area are discovering the tangible benefits of breathing in the fresh sea air.

Reasons to spend time by the sea:
1. Just looking at the sea can promote reductions in heart rate and improvements in mood.
2. The negative ions in sea air accelerate your ability to absorb oxygen, and balance your seratonin levels.
3. The bracing climate is especially beneficial to the respiratory organs and the skin, and also improves circulation and strengthens the body's defences.
4. Spending time by the sea promotes better mental health.
5. When you are by the sea you are more likely to exercise.