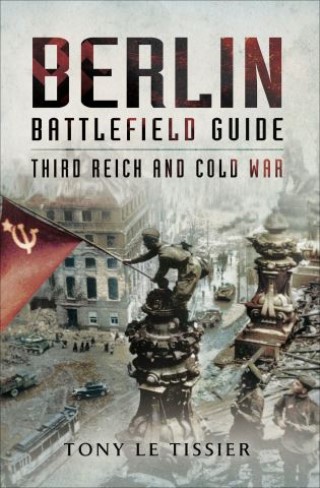 A comprehensive look at World War II battle sites in the German capital.

On April 16, 1945, the Red Army unleashed a colossal offensive against Berlin with the aim of destroying Hitler’s armies in the East and capturing the German capital before the Western Allies. Over two million soldiers confronted each other in the last act in the war against Nazi Germany.

In the course of the next three weeks, relentless Soviet assaults crashed against a desperate, sometimes suicidal defense, and the historic city was turned into a vast battleground. This was the climax of an awful conflict. It represented the death struggle of Hitler’s Third Reich and the supreme achievement of Stalin’s forces, and the story of the battle has fascinated students of warfare ever since. Yet this epic contest can only be understood by visiting the sites of the battle on the ground, on the outskirts of the city, in the suburbs, in the city center where the final dramatic combat took place. And this is the aim of Tony Le Tissier’s definitive guide to the Battle of Berlin.