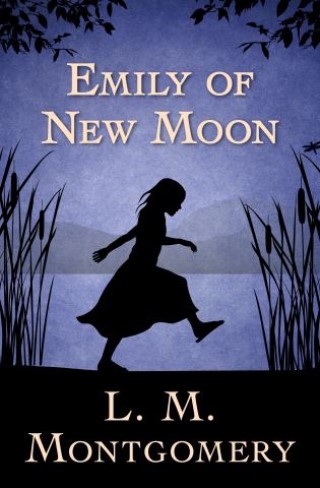 Spirited orphan Emily Starr must adjust to her new life on New Moon Farm in this beloved children’s classic by the author of Anne of Green Gables.

Ever since her mother died when she was four, Emily has been raised by her loving father. But when Douglas Starr dies of tuberculosis, ten-year-old Emily is sent to live with her maiden aunts, Elizabeth and Laura Murray, and their cousin Jimmy at New Moon Farm on Prince Edward Island, where she suffers loneliness unlike anything she’s ever felt before. Despite conflicts with her strict aunt Elizabeth, Emily finds solace in writing and in nature, and eventually makes friends with hot-tempered tomboy Ilse Burnley, artist Teddy Kent, and a hired boy on the farm, Perry Miller. But will she ever come to love New Moon Farm and call it home?

L. M. Montgomery:
L. M. Montgomery (1874–1942) published her first short story at age fifteen. Her debut novel, Anne of Green Gables, was an immediate success and allowed Montgomery to leave her career as a schoolteacher and devote herself to writing. She went on to publish seven sequels starring Anne Shirley and numerous other novels, short stories, and essays.