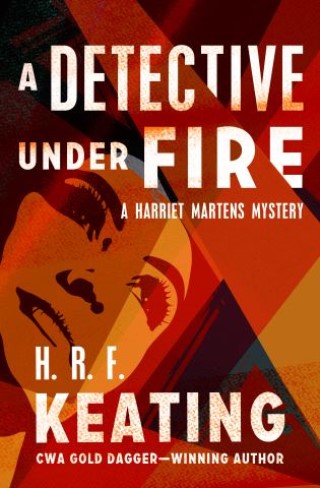 A Detective Under Fire

The Hard Detective is called upon to root out corruption in an elite London crime squad in this British mystery novel by the author of A Detective in Love.

Detective Superintendent Harriet Martens earned her reputation by having more grit, brains, and dogged determination than any man on the Greater Birchester police force. But when she’s called down to London to investigate accusations of bribery among the elite Maximum Crimes Squad, Harriet finds that her fight for respect—and pursuit of the truth—will be harder than ever before.

Commander Charles Boxall, known as Boxer, has a reputation of his own—not to mention a major investigation into human trafficking underway. He’s not about to let some “dozy northern tart” interrupt his work over a few bad apples. But as Harriet digs beneath the squad’s tough exterior to expose a far-reaching conspiracy, she demonstrates once again why they call her the Hard Detective.

A Detective Under Fire is the 3rd book in the Harriet Martens Mysteries, but you may enjoy reading the series in any order.