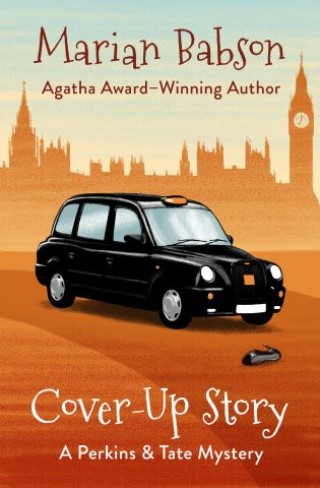 It’s curtains for an interfering stage mother in this “frothy, funny” mystery from an Agatha Award–winning author (Kirkus Reviews).

London public relations firm Perkins & Tate has a potentially lucrative new client: the American country singer known as Black Bart. Unfortunately, the Nashville sensation comes with a reputation for chasing underage groupies—and an entourage that includes both his comedienne wife and her driven, controlling stage mother . . . who soon dies under highly suspicious circumstances.

Now Douglas Perkins and his partner, Gerry Tate, need to put the best face on the chaos—but it’s hard to focus on PR when you’ve got to play PI . . .

Marian Babson:
Marian Babson, born Ruth Stenstreem, is an American mystery writer. Her first published work was Cover-Up Story (1971), and she has written over forty-five mysteries. Babson served as secretary of the Crime Writers’ Association and was awarded the CWA Dagger in the Library in 1996.