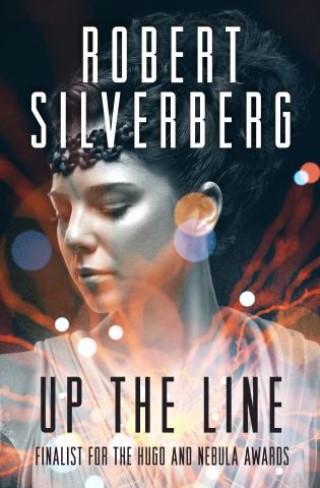 “A ribald, Byzantine tale of time-tourism” from the multiple Nebula and Hugo Award–winning author (Tor.com).

It’s 2059, and former law clerk Jud Elliott finds himself at loose ends—until a chance meeting with a Time Courier gives him the inspiration to become one himself. The job—as a time-traveling guide—gives him the opportunity to indulge his love of Byzantine history, in between shuttling tourists to such monumental events as the crucifixion and the assassination of JFK.

But there are strict rules to follow as a Time Courier, put in place to guard against paradoxes and preserve the sanctity of “now-time.” Jud isn’t used to following the rules—especially when faced with temptation. All it takes is one tiny slip here, one misplaced step there, and Jud could destroy his own timeline and cease to exist in the blink of an eye . . . a practicality that’s hard for Jud to grasp when he crosses paths with an eleventh-century Byzantium beauty he can’t resist.

“A hugely ambitious, enormously fun, sly, paradox-peppered piece that chronicles the time-tourist trade and all its perils—specializing in Byzantine history.” —Strange Horizons

“This novel is a comedy, and it is funny, but it is one of those black comedies where things go wrong, and then the more the protagonist tries to fix things, the more wrong they become, until the ending is at one and the same time an O. Henry punchline and a deep existential truth, neat as a pin and just as sharp.” —Kim Stanley Robinson