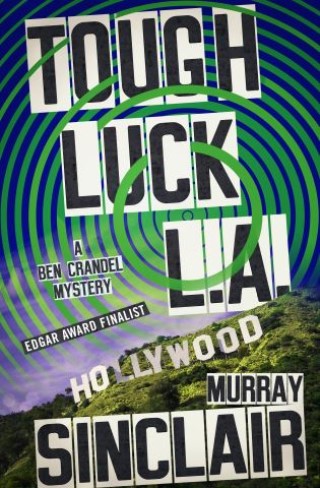 Edgar Award Finalist: Ben Crandel came to Hollywood to strike it big as a writer—not become the prime suspect in a prostitute’s murder.

Ben’s friend Vicky, a former prostitute, is beaten and murdered in her apartment—shot execution-style in the back of the head. The Beverly Hills police grab Ben at the crime scene and charge him with first-degree murder.

Freed on bail, Ben is determined to track down Vicky’s real killer. At first it seems like her death may be connected to the adult film industry. But as Ben digs deeper, he becomes entangled in a multimillion-dollar game of survivor-take-all . . .

Praise for the Ben Crandel Mysteries
“Sinclair has the unique ability to dish out hard-edged realism with—believe it or not—a touch of humor. Goodbye L.A. is a fine piece.” —Gerald Petievich, author of To Live and Die in L.A.

Murray Sinclair:
Murray Sinclair is best known for his Ben Crandel series, a trio of Los Angeles–based mystery novels set in the criminal underworld of late-1980s Hollywood. The first in the series, Tough Luck L.A., was nominated for the Edgar Award for Best Paperback Original; the third, Goodbye L.A., was among the few new publications from Black Lizard Books, the legendary crime fiction reissue press whose selections are widely regarded as hardboiled canon. A California native, Sinclair lives and works in Los Angeles, where he practices law.