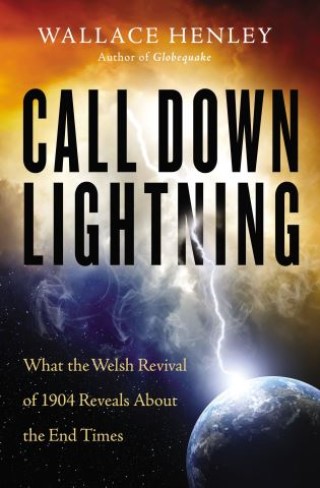 What the Welsh Revival of 1904 Reveals About the End Times

God Is Up to Something Big

The Bible dedicates more space to prophecy than to any other subject. These prophetic portions of Scripture have received an enormous amount of literary attention throughout the history of the church. Over the past fifty years alone countless books have been written about the biggest global trends of our day and whether they are signs of the coming end times. But one sign has been inexplicably neglected—revival. Wallace Henley believes such a spiritual awakening is not only possible today but probable—and likely a harbinger of the end times.

Where are we on the timeline of human history?

Are we approaching the rapture of the church?

Henley presents a meticulously researched and compelling case that the Welsh Revival and the historical cycle revealed in God’s redemptive interactions with nations, make it highly likely that our contemporary world is ripe for the lightning of another revival. Henley is confident that we will be a part of that worldwide event, perhaps moving all creation nearer to its sudden glorious conclusion and rebirth.

Wallace Henley was born two days before the attack on Pearl Harbor on December 5, 1941. After serving as a White House aide during the Nixon administration, Henley went on to become an award-winning journalist for the Birmingham News in Alabama. He is the author of more than twenty books, including God and Churchill with Jonathan Sandys, Winston Churchill’s great-grandson. Henley holds a bachelor’s degree, a master’s degree, and an honorary doctorate and has led leadership conferences around the globe. He has been married to his wife, Irene, for more than 50 years. They have two children, six grandchildren, and four great-grandchildren.