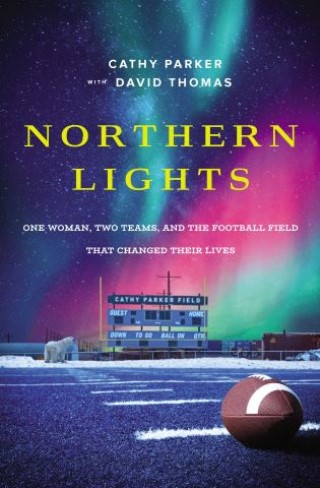 One Woman, Two Teams, and the Football Field That Changed Their Lives

Life is hard in Barrow, Alaska. Football mom Cathy Parker first caught a glimpse of this far-away reality from the comfort of her Jacksonville, Florida, living room while watching a 2006 ESPN report on the Barrow Whalers, a high school football team consisting mostly of Alaskan Inupiat Eskimo natives playing in the most difficult of conditions and trying to overcome the most unlikely of odds. These players—raised in the northernmost town in the United States, where drug abuse is rampant and the high school dropout rate is high—found themselves playing on a gravel field, using flour to draw the lines. And while the community of Barrow felt a strong pride for their boys, many felt football was not worth the investment. That is, until Cathy Parker became involved.

Overcome by a surprising stirring in her soul to reach out and help, Cathy was determined to build a suitable field for the Barrow Whalers. Not fully understanding the many obstacles, both financially and logistically, that would line the path ahead, Cathy charged forward with a determined spirit and a heart for both the football team and the greater community of Barrow. She spearheaded a campaign that raised more than half-a-million dollars through people all around the country rallying around one common goal: changing the lives of young men through football.

This is not just the story of how the Barrow Whalers became the first high school above the Arctic Circle to have a football program. This is the story of how we are sometimes called to the most unlikely of causes and to believe in something a little bit bigger, changing our own lives and the lives of others for the better in the most unexpected of ways.

Cathy Parker and her husband, Carl, have raised four children, all at the ballfields. Cathy has experienced the extreme highs and lows of raising athletes and can relate to the toll athletics can have on the family. She founded the not-for-profits Athletes to Champions and Beyond the Ballfield to help athletes and their families deal with the realities of sports and use their influence for good.

David Thomas, LMSW, is the counseling director for men and boys at Daystar. A popular speaker and the coauthor of five books, he is a frequent guest on national television and radio, and a regular contributor to ParentLife magazine. David and his wife, Connie, have a daughter and twin sons