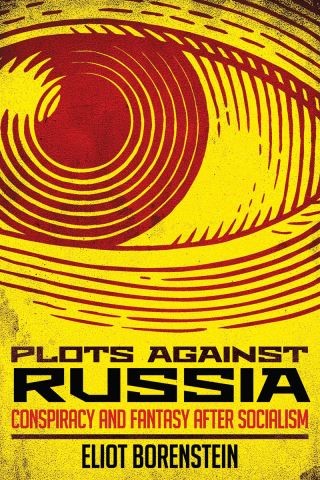 Conspiracy and Fantasy after Socialism

In this original and timely assessment of cultural expressions of paranoia in contemporary Russia, Eliot Borenstein samples popular fiction, movies, television shows, public political pronouncements, internet discussions, blogs, and religious tracts to build a sense of the deep historical and cultural roots of konspirologiia that run through Russian life. Plots against Russia reveals through dramatic and exciting storytelling that conspiracy and melodrama are entirely equal-opportunity in modern Russia, manifesting themselves among both pro-Putin elites and his political opposition. As Borenstein shows, this paranoid fantasy until recently characterized only the marginal and the irrelevant. Now, through its embodiment in pop culture, the expressions of a conspiratorial worldview are seen everywhere. Plots against Russia is an important contribution to the fields of Russian literary and cultural studies from one of its preeminent voices.