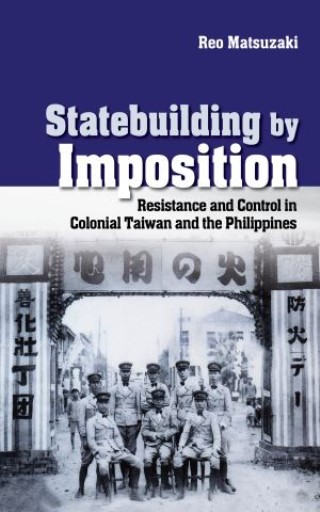 Resistance and Control in Colonial Taiwan and the Philippines

How do modern states emerge from the turmoil of undergoverned spaces? This is the question Reo Matsuzaki ponders in Statebuilding by Imposition. Comparing Taiwan and the Philippines under the colonial rule of Japan and the United States, in the late nineteenth and early twentieth centuries, he shows similar situations produce different outcomes and yet lead us to one conclusion.

Contemporary statebuilding efforts by the US and the UN start from the premise that strong states can and should be constructed through the establishment of representative government institutions, a liberalized economy, and laws that protect private property and advance personal liberties. But when statebuilding runs into widespread popular resistance, as it did in both Taiwan the Philippines, statebuilding success depends on reconfiguring the very fabric of society, embracing local elites rather than the broad population, and giving elites the power to discipline the people. In Taiwan under Japanese rule, local elites behaved as obedient and effective intermediaries and contributed to government authority; in the Philippines under US rule, they became the very cause of the state's weakness by aggrandizing wealth, corrupting the bureaucracy, and obstructing policy enforcement. As Statebuilding by Imposition details, Taiwanese and Filipino history teaches us that the imposition of democracy is no guarantee of success when forming a new state and that illiberal actions may actually be more effective. Matsuzaki's controversial political history forces us to question whether statebuilding, given what it would take for this to result in the construction of a strong state, is the best way to address undergoverned spaces in the world today.