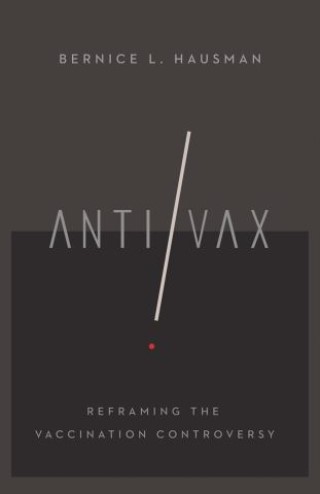 Antivaxxers are crazy. That is the perception we all gain from the media, the internet, celebrities, and beyond, writes Bernice Hausman in Anti/Vax, but we need to open our eyes and ears so that we can all have a better conversation about vaccine skepticism and its implications.

Hausman argues that the heated debate about vaccinations and whether to get them or not is most often fueled by accusations and vilifications rather than careful attention to the real concerns of many Americans. She wants to set the record straight about vaccine skepticism and show how the issues and ideas that motivate it—like suspicion of pharmaceutical companies or the belief that some illness is necessary to good health—are commonplace in our society.

Through Anti/Vax, Hausman wants to engage public health officials, the media, and each of us in a public dialogue about the relation of individual bodily autonomy to the state's responsibility to safeguard citizens' health. We need to know more about the position of each side in this important stand-off so that public decisions are made through understanding rather than stereotyped perceptions of scientifically illiterate antivaxxers or faceless bureaucrats. Hausman reveals that vaccine skepticism is, in part, a critique of medicalization and a warning about the dangers of modern medicine rather than a glib and gullible reaction to scaremongering and misunderstanding.