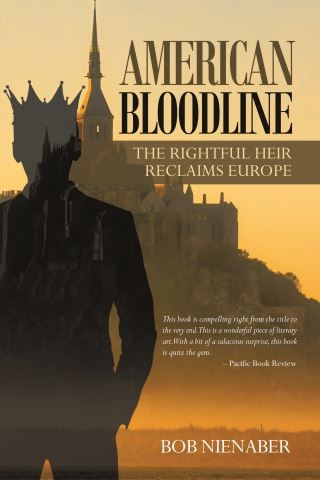 Charlie seems like a normal, modern guy, and up to now he didn’t even know about his amazing bloodline, which reaches back to the lost tribe of Benjamin. After the Benjamins defeated the Romans, they left Israel and wandered through northern Germany. Charlie is astonished to learn that his ancestors played a role in Charlemagne’s ascension, William the Conqueror’s rule over Normandy and England, and the founding of the American colonies. But the family’s place in history isn’t just impressive—it’s otherworldly. Along the way, there was a dose of the divine from Poseidon himself, injecting powers of mythical proportion into the bloodline. Now Charlie’s own powers have awakened as he finds himself heir to wealth beyond his wildest dreams. He’s always thought he was on the outside looking in, but now he learns that those set apart can become leaders, heroes, and world changers. Armed with his new knowledge, Charlie discovers that the very traits that made his family “different” also gave them strength and tenacity.