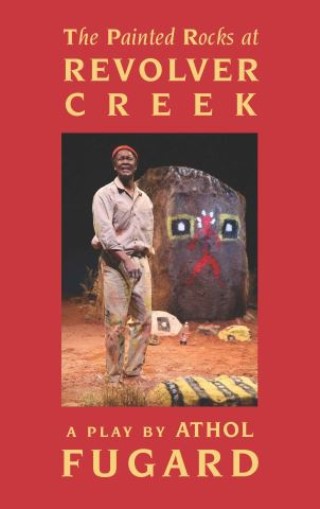 World premiere at Signature Theatre Company (Off-Broadway) at the Pershing Square Center in New York City the spring of 2015.

The original production was widely acclaimed by New York critics.

As it centers on the historical context of apartheid, the play would do well in academic courses of history, theatre, and African studies.

Fugard discusses this play in an interview for an episode of “All Things Considered” on NPR.

The Painted Rocks at Revolver Creek marks the 16th book by Athol Fugard published by TCG, the most by any writer.

Athol Fugard has been writing plays since the 1970s, winning numerous awards throughout his expansive career.

In 2011, he was honored with a Special Tony Award for Lifetime Achievement in the Theatre.

He has won two New York Drama Critics' Circle Awards for Best Play (A Lesson from Aloes) in 1981 and Best Foreign Play (The Road to Mecca) in 1988.