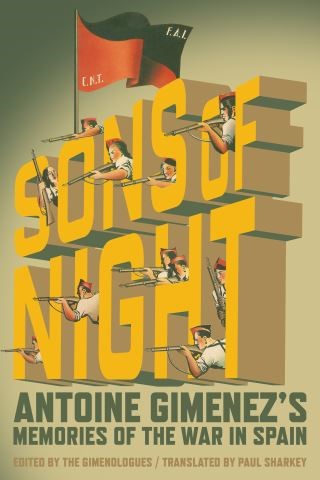 The Sons of Night

Antoine Gimenez’s Memories of the War in Spain

The Sons of Night is two, or more, books in one. The first is Antoine Gimenez's memoir of his experiences in the Spanish Civil War, an engaging tale of heroism and intrigue. The remaining three-quarters of the manuscript is a record of the fascination his memoir held for a group of historians—the "Gimenologists"—and the multiple paths of research and inquiry it led them down. Book Two begins with eighty-two "endnotes" to the memoir, each the equivalent of a chapter that follows a particular historical thread or explores a question raised by Gimenez's text. This is followed by the biographies of various people appearing in the memoir, many based on the friendships the historians formed with the now-elderly revolutionaries. The book closes with an Afterword discussing theoretical issues raised by the memoir and seven appendices. Also includes an Introduction by Spanish historian Julián Vadillo Muñoz.