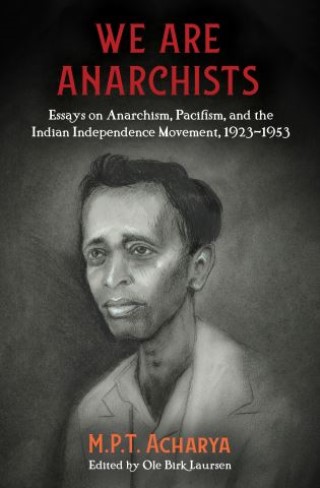 Essays on Anarchism, Pacifism, and the Indian Independence Movement, 1923–1953

M.P.T. Acharya (1887–1954) was a contemporary of Mohandas Gandhi during the Indian Independence Movement. Despite political differences with Gandhi, Acharya saw a tremendous anarchistic potential in the practice of non-violent direct action. We Are Anarchists: Essays on Anarchism, Pacifism, and the Indian Independence Movement is the first collection of essays by M. P. T. Acharya. A transnational and revolutionary figure, Acharya engaged in anticolonial activism across India, Europe, the United States, and Russia. He was also a prolific writer, whose essays are testimony to a tireless agitator and intellectual. Comprising fifty essays, the collection opens a window onto the global reach of anarchism in the interwar period and beyond, and enables a more nuanced understanding of Indian anticolonial struggles against oppressive state power, be it imperialist, Bolshevik, or capitalist. Ole Birk Laursen’s biographical introduction and notes in this collection set the essays in their historical and political context, and guide readers into Acharya’s life and thoughts.