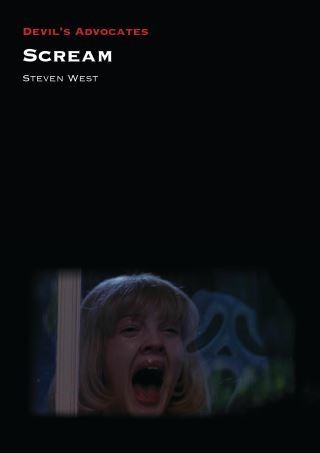 Wes Craven's Scream (1996) emerged at the point where the early eighties American slasher cycle had effectively morphed into the post-Fatal Attraction trend for Hollywood thrillers that incorporated key slasher movie tropes. Scream emerged as a spiritual successor to Wes Craven's unpopular but critically praised previous film New Nightmare (1994), which evolved from his frustration at having lost creative control over his most popular creation, Freddy Krueger, and rebirthed the character in a postmodern context. Scream appropriates many of the concepts, conceits, and in-jokes inherent in New Nightmare, albeit in a much more commercial context that did not alienate teenage audiences who were not around to see the movies that were being referenced. This Devil's Advocate offers a full exploration of Scream, including its structure, its many reference points (such as the prominent use of Halloween as a kind of sacred text), its marketing ("the new thriller from Wes Craven" – not a horror film), and legacy for horror cinema in the new millennium.