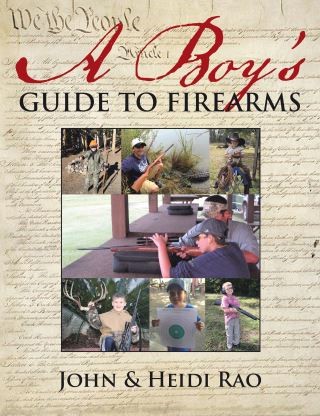 A Boy’s Guide to Firearms

Our founding fathers lived in a time of tyranny and oppression. The idea of human rights, personal property, and freedom of expression were at the whims of the ruling class. It was commonplace for people of the world to be told what religion they could belong to and how to worship and what they could say and not say about the leaders of their society, to be forced to live in a caste system that did not allow for bettering one’s life, to be told what possessions they could own, or to even be forced into slavery. Violating the societal rules established by kings, queens, czars, or other ruling classes would lead to severe penalties, such as imprisonment, torture, loss of extremities (such as fingers, hands, arms), loss of the senses and organs (such as eyes, ears, noses, or tongue), or the common practice of death by execution!