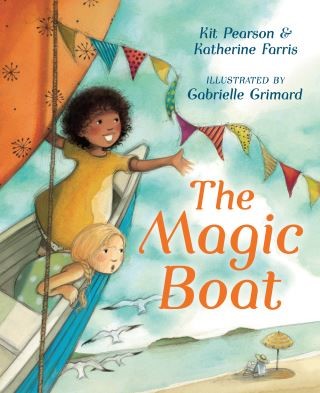 Every summer morning, Ellie and her Nonna go to the beach. They swim and build sandcastles, and while Nonna reads, Ellie watches the other children play. One day Ellie builds up the courage to approach an older girl playing on her own in a beached rowboat. Piper has a gift, an imagination so great that she whisks Ellie off on grand adventures, going high in the air, deep below the ocean and everywhere in between in their little blue boat, their magic boat. When Piper has to leave, Ellie discovers she has her own vivid imagination.