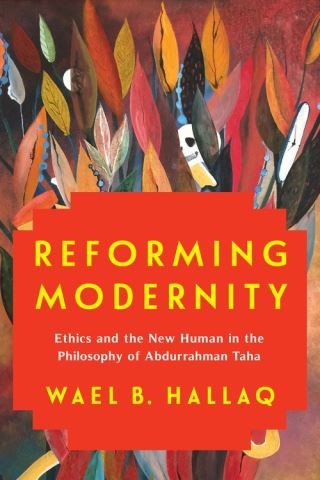 Ethics and the New Human in the Philosophy of Abdurrahman Taha

Reforming Modernity is a sweeping intellectual history and philosophical reflection built around the work of the Morocco-based philosopher Abdurrahman Taha, one of the most significant philosophers in the Islamic world since the colonial era. Wael B. Hallaq contends that Taha is at the forefront of forging a new, non-Western-centric philosophical tradition. He explores how Taha’s philosophical project sheds light on recent intellectual currents in the Islamic world and puts forth a formidable critique of Western and Islamic modernities.

Hallaq argues that Taha’s project departs from—but leaves behind—the epistemological grounds in which most modern Muslim intellectuals have anchored their programs. Taha systematically rejects the modes of thought that have dominated the Muslim intellectual scene since the beginning of the twentieth century—nationalism, Marxism, secularism, political Islamism, and liberalism. Instead, he provides alternative ways of thinking, forcefully and virtuosically developing an ethical system with a view toward reforming existing modernities. Hallaq analyzes the ethical thread that runs throughout Taha’s oeuvre, illuminating how Taha weaves it into a discursive engagement with the central questions that plague modernity in both the West and the Muslim world. The first introduction to Taha’s ethical philosophy for Western audiences, Reforming Modernity presents his complex thought in an accessible way while engaging with it critically. Hallaq’s conversation with Taha’s work both proffers a cogent critique of modernity and points toward answers for its endemic and seemingly insoluble problems.