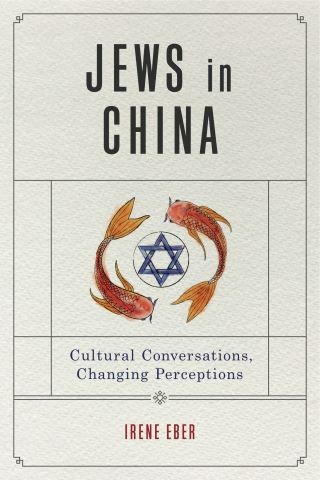 Irene Eber was one of the foremost authorities on Jews in China during the twentieth and twenty-first centuries—a field that, in contrast to the study of the Jewish diaspora in Europe and the Americas, has been critically neglected. This volume gathers fourteen of Eber’s most salient articles and essays on the exchanges between Jewish and Chinese cultures, making available to students, scholars, and general readers a representative sample of the range and depth of her important work in the field of Jews in China.

Jews in China delineates the centuries-long, reciprocal dialogue between Jews, Jewish culture, and China, all under the overarching theme of cultural translation. The first section of the book sets forth a sweeping overview of the history of Jews in China, beginning in the twelfth century and concluding with a detailed assessment of the two crucial years leading up to the Second World War. The second section examines the translation of Chinese classics into Hebrew and the translation of the Hebrew Bible into Chinese. The third and final section turns to modern literature, bringing together eight essays that underscore the cultural reciprocity that takes place through acts of translation.

The centuries-long relationship between Judaism and China is often overlooked in the light of the extensive discourse surrounding European and American Judaism. With this volume, Eber reminds us that we have much to learn from the intersections between Jewish identity and Chinese culture.