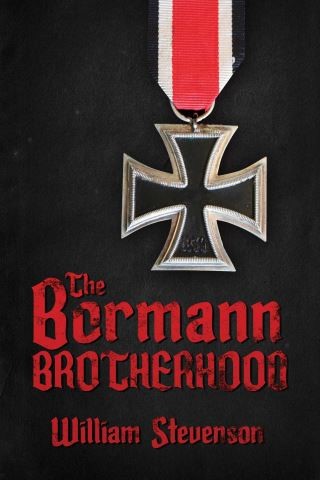 While the flames of World War II still raged, Roosevelt, Churchill, and Stalin issued a warning to the Nazi leaders. Those responsible for the torture and murder of millions of innocent and defenseless civilians were promised that "... the three Allied Powers will pursue them to the furthest corners of the earth and deliver them to their judges so that justice may be done."
That promise was not kept. Justice was not done. In 1945, twelve of the most notorious Nazis were tried for crimes against humanity and sentenced to death by the International Military Tribunal convened at Nuremberg. (Martin Bormann, his whereabouts unknown, had been tried and convicted in absentia.) Subsequent war-crimes trials ended in the conviction of other offenders. But the majority of the torturers and murderers escaped, found sanctuary, and continued to work effectively toward the concept of eventual world domination. Nazism did not die at Nuremberg.
This survival and resurgence was the result of a plan for the creation of a "brotherhood" initiated long before the end of the war by the least visible and most powerful of the Nazi war lords--Martin Bormann. The Brotherhood, backed by virtually unlimited funds, established "safe" houses inside Germany, escape routes to other countries and continents, and an extensive international group of industrial firms as financial reservoirs and as "fronts" for escaped Nazis. This chronicle, based upon independent investigation, including numerous exclusive interviews and the examination of declassified and revealing documents, casts a new light upon Bormann, his strange role in the Third Reich, and his devastating influence, which cuts mercilessly into our present. This is essential reading, as fascinating as it is meaningful.

William Stevenson: William Stevenson was a journalist and author of the bestselling books A Man Called Intrepid and 90 Minutes at Entebbe, He also worked as a movie scriptwriter, a television news commentator, and producer of award-winning documentaries. He died in 2013.