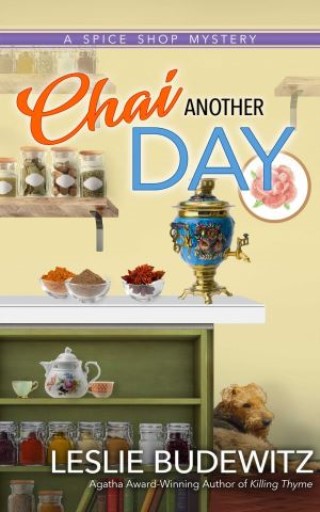 Seattle Spice Shop owner Pepper Reece probes murder while juggling a troubled employee, her mother’s house hunt, and a fisherman who’s set his hook for her.

As owner of the Spice Shop in Seattle's famed Pike Place Market, Pepper Reece is always on the go. Between conjuring up new spice blends and serving iced spice tea to customers looking to beat the summer heat, she finally takes a break for a massage. But the Zen moment is shattered when she overhears an argument in her friend Aimee's vintage home decor shop that ends in murder.

Wracked by guilt over her failure to intervene, Pepper investigates, only to discover a web of deadly connections that could ensnare a friend - and Pepper herself.

Leslie Budewitz: Leslie Budewitz is the author of three previous novels in the Seattle Spice Shop Mysteries series, Killing Thyme, Guilty as Cinnamon, and Assault & Pepper. She is also the author of five novels in the Food Lovers' Village Mysteries series, as well as short stories that have appeared in Alfred Hitchcock Mystery Magazine, Suspense Magazine, Ellery Queen Mystery Magazine, and other publications. She is the winner of the 2013 Agatha Award for Best First Novel for Death al Dente and the 2011 Agatha Award for Best Nonfiction for Books, Crooks & Counselors.