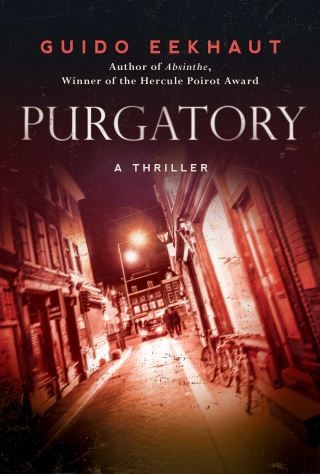 The second novel in the acclaimed, best-selling Euro-crime series that began with the Hercule Poirot Award winner, Absinthe.

If the world will end in flames, who is stoking the fire?
Walter Eekhaut (rhymes with “stakeout”), the veteran chief inspector from the Brussels police force who has a problem with authority, remains in Amsterdam, where he was dispatched to assist the Dutch security service. When his boss, Chief Superintendent Alexandra Dewaal, receives a tip from one of her informants, the two find themselves across the border tramping in the Belgian Ardennes on a frigid January day. What they discover is macabre and horrific: seven charred human bodies, attached to tall stakes with chains, in an almost perfect circle. From the look of it, these people were burned alive in some sort of ritual. On the wall of a cabin, Eekhaut and Dewaal make out an enigmatic message written in blood: "This World seems to last Forever. But it is merely the Dream of a Sleeper."

Similar events occur elsewhere in Europe as well as Africa, where Eekhaut's new girlfriend has gone on assignment for an international aid agency operating in Somalia. There have long been stories of an apocalyptic religious cult, The Church of Supreme Purification, along with a more shadowy militant offshoot. Are they connected to these events? Is this some conspiracy to cleanse human society by fire, or is there an even more sinister explanation?

Guido Eekhaut: Guido Eekhaut has won the Hercule Poirot Award and has been shortlisted twice for the Golden Noose Award for his crime fiction. A former journalist and innovation coordinator for a large international bank, he is a prolific writer and futurist, with more than forty books to his credit. His works have been published in eight languages. He now divides his time mostly between Belgium and Spain.