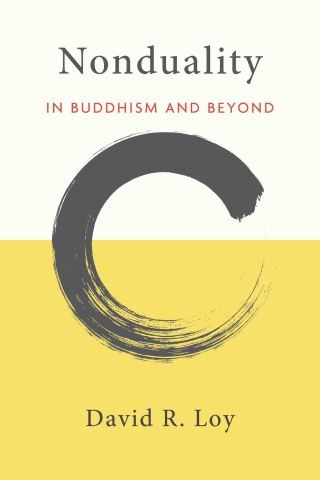 In Buddhism and Beyond

The concept of nonduality lies at the very heart of Mahayana Buddhism. In the West, it’s usually associated with various kinds of absolute idealism in the West, or mystical traditions in the East—and as a result, many modern philosophers are poorly informed on the topic. Increasingly, however, nonduality is finding its way into Western philosophical debates. In this “scholarly but leisurely and very readable” (Spectrum Review) analysis of the philosophies of nondualism of (Hindu) Vedanta, Mahayana Buddhism, and Taoism, renowned thinker David R. Loy extracts what he calls “a core doctrine” of nonduality. Loy clarifies this easily misunderstood topic with thorough, subtle, and understandable analysis.

David R. Loy: David R. Loy's most recent books include Ecodharma: Buddhist Teachings for the Ecological Crisis, and Lack & Transcendence, as well as  the acclaimed Money, Sex, War, Karma: Notes for a Buddhist Revolution; The Great Awakening: A Buddhist Social Theory; The World Is Made of Stories; A Buddhist Response to the Climate Emergency; and The Dharma of Dragons and Daemons, a finalist for the 2006 Mythopoeic Scholarship Award. He was the Besl Professor of Ethics/Religion and Society at Cincinnati's Xavier University and is qualified as a teacher in the Sanbo Kyodan tradition of Japanese Buddhism.

His articles appear regularly in the pages of major journals such as Tikkun and Buddhist magazines including Tricycle, Turning Wheel, Lion's Roar and Buddhadharma, as well as in a variety of scholarly journals. He is on the editorial or advisory boards of the journals Cultural Dynamics, Worldviews, Contemporary Buddhism, Journal of Transpersonal Psychology, and World Fellowship of Buddhists Review. He is also on the advisory boards of Buddhist Global Relief, the Clear View Project, Zen Peacemakers, and the Ernest Becker Foundation. He lives in Boulder, CO.