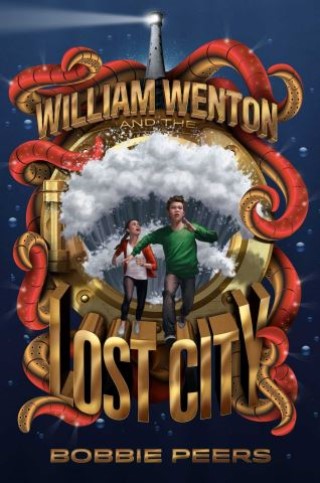 William Wenton and the Lost City

William Wenton is a code-breaking genius, but when his secret talent is suddenly revealed, he has to face the danger that has been lurking around him for years in the third book in the series that School Library Journal calls “part Alex Rider, part The Da Vinci Code for kids, and part Artemis Fowl.”

When a mysterious figure presents William with a strange pyramid-shaped puzzle, it sets in motion a series of events that sends William on a wild ride from Norway to England to the Mariana Trench, the deepest part of the ocean. Along the way, he’ll discover that some of the people he knows can no longer be trusted and that the Institute for Post-Human Research is hiding a dark secret. He’ll also discover an ancient civilization hidden under the ocean and a giant, mechanical, teleportation octopus.

And all the while the clock is ticking as William races to prevent the return of the man who wants to kill him and tries to solve the mystery of luridium.

Bobbie Peers: Bobbie Peers graduated from the London Film School in 1999 (known as the London International Film School at the time), and has since worked as a director, writer, and illustrator. His first short film, Sniffer, received the Palme d’Or for Best Short Film in Cannes 2006. In 2014, he made his feature film debut with The Disappearing Illusionist. He is the author of the William Wenton series.