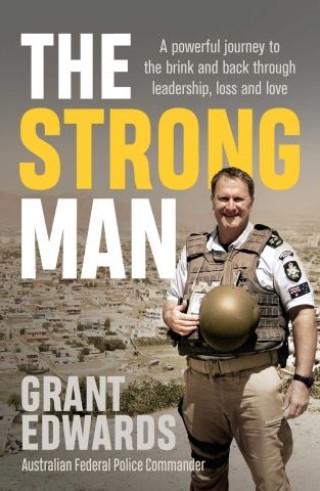 Grant Edwards was once an elite athlete, Olympics qualifier and Australia’s strongest man. His Guinness Book of Records feats of strength were acclaimed internationally, and as a high ranking police officer he spent decades protecting vulnerable people around the world. But nothing could shield him from catastrophic harm in the line of duty.

Rising above his tough beginnings in 1970s suburbia, where he was bullied for his father’s decision to live as a gay man, Edwards found sanctuary in sport. But he found his true calling with the Australian Federal Police, rising swiftly through the ranks to Commander and personally establishing cybercrime units to fight child exploitation and human trafficking. A highly sought after and disciplined security advisor for governments around the world such as East Timor, Afghanistan and the Americas, Edwards was considered the last person to ‘crack’ – but a narrow escape from a deadly attack in Kabul pushed him to breaking point. This is the story of an extraordinary man and his extraordinary battle back from the brink.