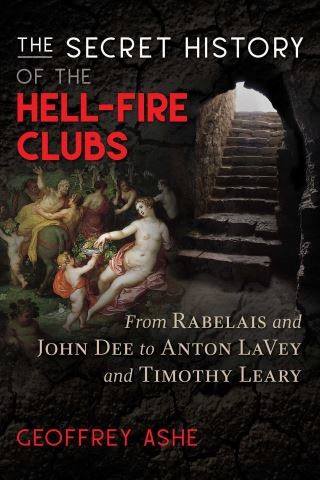 The Secret History of the Hell-Fire Clubs

From Rabelais and John Dee to Anton LaVey and Timothy Leary

An exploration of the origins, influences, and legacy of the scandalous Hell-Fire Clubs of the 18th century and beyond

• Reveals the club’s origins in the work of Rabelais and the magical practices of John Dee and how their motto, “Do What You Will,” deeply influenced Aleister Crowley

• Explores the cross-fertilization of liberty and libertinage within these clubs that influenced both U.S. and French Revolutions

• Examines the debaucherous activities and famous members of many Hell-Fire Clubs, including Sir Francis Dashwood’s Monks of Medmenham

Mention the Hell-Fire Clubs and you conjure up an image of aristocratic rakes cutting a swath through the village maidens. Which is true, but not the whole truth. The activities of these clubs of upper-class Englishmen revolved around not only debauchery but also blasphemy, ritual, quasi-magical pursuits, and political intrigue.

Providing a history of these infamous clubs, Geoffrey Ashe reveals their origins in the work of François Rabelais and the activities of John Dee. He shows how the Hell-Fire Clubs’ anything-goes philosophy of “Do what you will”--also Aleister Crowley’s famous motto--and community template were drawn directly from Rabelais. The author looks at the very first Hell-Fire Club, founded by Philip, Duke of Wharton, in 1720 and then at the Society of the Dilettanti, a fraternity formed in 1732. Ashe examines the life, travels, and influences of Sir Francis Dashwood, founding member of the Society of the Dilettanti and the scandalous Permissive Society at Medmenham, also known as the Monks of Medmenham. He also explores other Hell-Fire clubs the movement inspired throughout England, Scotland, and Ireland, including the violence-prone Mohocks and the Appalling Club. He shows how many illustrious figures of the day were members of these societies, such as Lord Byron. He also examines the rumors that Benjamin Franklin was a member, an allegation that can be neither confirmed nor denied.

Exploring the political and magical ideas that fueled this movement, the author shows how the cross-fertilization of liberty and libertinage within the Hell-Fire Clubs went on to influence both the U.S. and French revolutions, as well as the hippie movement of the 1960s, the Church of Satan founded by Anton LaVey, and the motorcycle club known as the Hells Angels. The legacy of the Hell-Fire Clubs continues to impact society, beckoning both elite and outsider to cast aside social norms and “do what you will.”

Geoffrey Ashe: Geoffrey Ashe is widely regarded as one of the leading Arthurian specialists in the world and is author of several books, including King Arthur’s Avalon and The Discovery of King Arthur. Ashe became a Fellow of the Royal Society of Literature in 1963 and was appointed a Member of the Order of the British Empire (MBE) in 2012. He lives in Glastonbury.