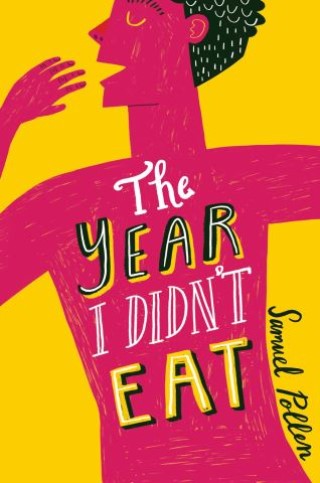 The Year I Didn't Eat

This heartfelt, captivating novel chronicles a year in the life of 14-year-old Max as he struggles with anorexia.

Some days are normal. Some days, everything is OK, and I eat three square meals, pretty much, even if those squares are ridiculously small squares.

Some days, I can almost pretend there's nothing wrong.

Fourteen-year-old Max doesn't like to eat, and the only one he can confess his true feelings to is Ana---also known as his eating disorder, anorexia. In a journal that his therapist makes him keep, he tells Ana his unfiltered thoughts and fears while also keeping track of his food intake. But Ana's presence has leapt off the page and into his head, as she feeds upon all of his fears and amplifies them.

When Max's older brother Robin gives him a geocache box, it becomes a safe place where Max stores his journal, but someone finds it and starts writing to him, signing it with "E." Is it a joke? Could it be the new girl at school, Evie, who has taken an interest in Max? Although Max is unsure of the secret writer's identity, he takes comfort in the words that appear in his journal as they continually confide in one another about their problems.

As Max's eating disorder intensifies, his family unit fractures. His parents and brother are stressed and strained as they attempt to deal with the elephant in the room. When Robin leaves home, Max is left with two parents who are on the verge of splitting up. Max thought he could handle his anorexia, but as time goes on, he feels himself losing any semblance of control.

Will anorexia continue to rule Max's life, or will he be able to find a way to live around his eating disorder?

The Year I Didn't Eat is an unforgettable novel that is haunting, moving, and inspiring.

Pollen: Samuel Pollen grew up in Cheshire, United Kingdom, and now lives in London. His debut novel is an enthralling, touching and uplifting book, based on his own experience with anorexia.