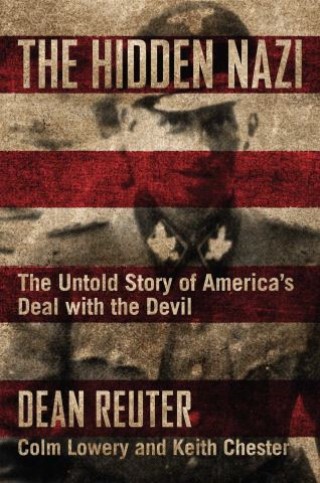 The Untold Story of America's Deal with the Devil

Sidekick to SS Chief Heinrich Himmler and supervisor of Nazi rocket scientist Wernher von Braun, General Hans Kammler was responsible for the construction of Hitler’s slave labor sites and concentration camps. He personally altered the design of Auschwitz to increase crowding, ensuring that epidemic diseases would complement the work of the gas chambers.

Why has the world forgotten this monster? Kammler was declared dead after the war. But the aide who testified to Kammler’s supposed “suicide” never produced the general’s dog tags or any other proof of death.

Dean Reuter, Colm Lowery, and Keith Chester have spent decades on the trail of the elusive Kammler, uncovering documents unseen since the 1940s and visiting the purported site of Kammler’s death, now in the Czech Republic.

Their astonishing discovery: US government documents prove that Hans Kammler was in American custody for months after the war—well after his officially declared suicide.

And what happened to him after that? Kammler was kept out of public view, never indicted or tried, but to what end? Did he cooperate with Nuremberg prosecutors investigating Nazi war crimes? Was he protected so the United States could benefit from his intimate knowledge of the Nazi rocket program and Germany’s secret weapons?

The Hidden Nazi is true history more harrowing—and shocking—than the most thrilling fiction.

Dean Reuter: Dean Reuter is General Counsel of the Federalist Society for Law and Public Policy and a fellow at the National Security Institute at George Mason University's Antonin Scalia Law School. He is a co-author of the forthcoming non-fiction, The Hidden Nazi, available for pre-order now on Amazon. He was the editor of Liberty's Nemesis: The Unchecked Expansion of the State and Confronting Terror: 9/11 and the Future of American National Security.Keith Chester is an investigative researcher and author. In 1999, he began researching aerial phenomena reported by Allied military pilots during the Second World War, an effort that culminated in the publication of Strange Company in 2007, the same year his focus turned to the mystery surrounding SS General Hans Kammler.Colm Lowery is an award-winning lecturer in biomedical science at the University of Ulster in Northern Ireland, where he lectures in molecular biology and its application to bio-warfare and bioterrorism. He has published over forty peer-reviewed scientific papers, book chapters, and review articles.