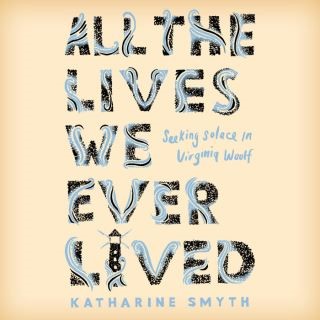 All the Lives We Ever Lived

A wise, lyrical memoir about the power of literature to help us read our own lives—and see clearly the people we love most.

Katharine Smyth was a student at Oxford when she first read Virginia Woolf’s modernist masterpiece To the Lighthouse in the comfort of an English sitting room, and in the companionable silence she shared with her father. After his death—a calamity that claimed her favorite person—she returned to that beloved novel as a way of wrestling with his memory and understanding her own grief.

Smyth’s story moves between the New England of her childhood and Woolf’s Cornish shores and Bloomsbury squares, exploring universal questions about family, loss, and homecoming. Through her inventive, highly personal reading of To the Lighthouse, and her artful adaptation of its groundbreaking structure, Smyth guides us toward a new vision of Woolf’s most demanding and rewarding novel—and crafts an elegant reminder of literature’s ability to clarify and console.

Braiding memoir, literary criticism, and biography, All the Lives We Ever Lived is a wholly original debut: a love letter from a daughter to her father, and from a reader to her most cherished author.

Praise for All the Lives We Ever Lived

“This searching memoir pays homage to To the Lighthouse, while recounting the author’s fraught relationship with her beloved father, a vibrant figure afflicted with alcoholism and cancer. . . . Smyth’s writing is evocative and incisive.”—The New Yorker

“Like H Is for Hawk, Smyth’s book is a memoir that’s not quite a memoir, using Woolf, and her obsession with Woolf, as a springboard to tell the story of her father’s vivid life and sad demise due to alcoholism and cancer. .  . . An experiment in twenty-first century introspection that feels rooted in a modernist tradition and bracingly fresh.”—Vogue

“Deeply moving – part memoir, part literary criticism, part outpouring of longing and grief… This is a beautiful book about the wildness of mortal  life, and the tenuous consolations of art.”—The Times Literary Supplement

“Blending analysis of a deeply literary novel with a personal story... gently entwining observations from Woolf's classic with her own layered experience. Smyth tells us of her love for her father, his profound alcoholism and the unpredictable course of the cancer that ultimately claimed his life.”—Time